It’s severe weather season here in middle Tennessee. I’m not sure how long it lasts, but we’re in it now. There were tornadoes in TN today and several lost their lives.

We did not have any severe weather in Franklin today. All is well here. We are buying a weather radio tomorrow though!

Have you ever read a history book or watched a documentary about slavery and said to yourself, “If I had been alive then, I would have done something” ?

Did you know that there are 27 million people who in slavery right now? Today. Many are victims of organized crime, migrant smuggling and child labor (link). A few months ago, Matt Redman and LZ7 recorded a song to raise awareness and funds regarding modern day slavery.It’s available today on itunes. Sales from this track go to support A21, an organization that is working to abolish slavery by helping provide resources to victims, education, and support to prosecute offenders.

Some meals that have been “winners” with the family lately:

1) Grilled Cheese. The kids’ favorite is the standard bread cheese and butter. We’ve had some variations that Nathan and I have really liked lately that have been inspired by emeals.

A few weeks ago we used cheddar, honey dijon and very thinly sliced apples. Last week I sauteed onions and put them in the sandwich with swiss cheese.  Mmmmmmm!

One loaf of bread cut into 2 inch cubes and covered with a mixture of eggs, vanilla, milk, and sugar. After letting it sit in the fridge overnight, I baked it and then Audrey helped put butter and powdered sugar on the top. Not so healthy, but VERY yummy and there was enough for all 5 of us to have several servings.

So, Friday night, I decided it was high time that Ethan started to learn how to program. I downloaded a copy of Scratch, a kids programming environment from MIT, in which you program by snapping together little tiles that represent individual actions, variables, sensor inputs, etc. By the end of the evening, we were programming a little pokemon to move around the screen when he pressed the space bar.

That night, while Audrey, Isaac and Amy were snuggling and looking at scrapbooks, I was using a pen and a diaper box to explain the cartesian coordinate system (x,y offsets from a 0,0 center point) to Ethan. He could barely contain himself when he came in and told Amy “I can’t believe I can program, now!”

The next day, I found some nice Scratch reference cards with snippets of code to do common things. He spent the day copying code off of the cards. He wrote a little program with a princess in it for Audrey.

Sunday, I assigned Ethan the task of putting in four animals and making them play a sound when you click them. Aside from my having to go get the sound effects from a sound effect site online and importing them into the programming environment for him, he did this on his own! 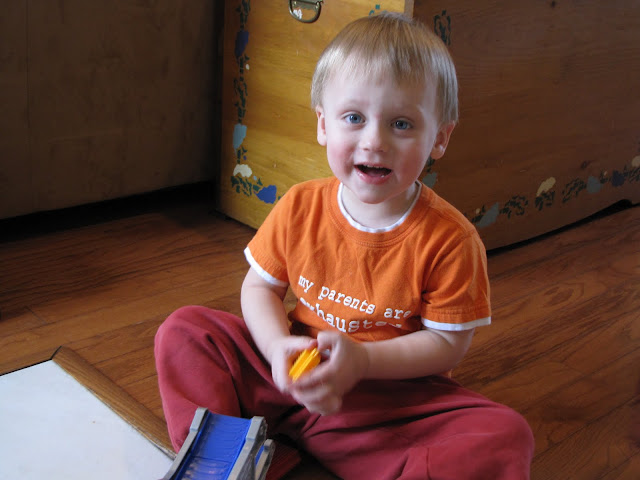 Ethan lost on of his top front teeth today at lunch time! I need to be the Tooth Fairy in a little bit if he’s sound asleep 🙂 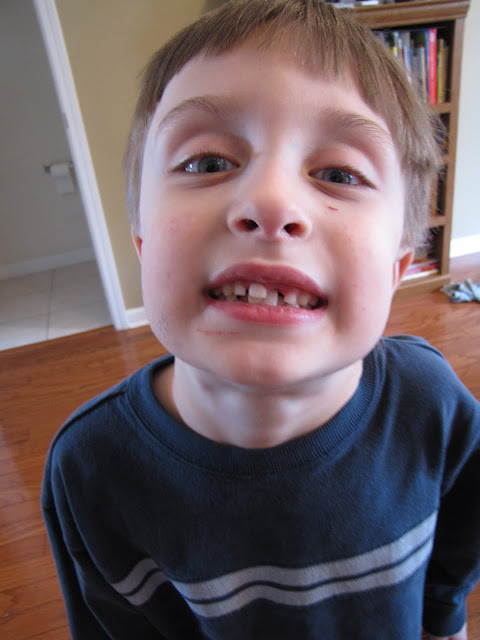 The one next to it should be the next to fall out. I’ve lost count of the number of teeth he has lost now I think we might be at 5 now. I’ve decided to call him “Toothless”.

There are some old, cheesey, kids music videos on youtube that our kids love: Cedarmont Kids.

I can’t wait to tell them that we live just a few miles from the “Cedarmont Kids” 🙂 My women’s Bible Study is meeting in a home in the Cedarmont neighborhood for a couple of weeks.

The house we were in tonight was a big house with some fun updates. The Master Bedroom had a closet off of it that was the size of our kids’ rooms combined!

I was just looking at photos from one year ago today: 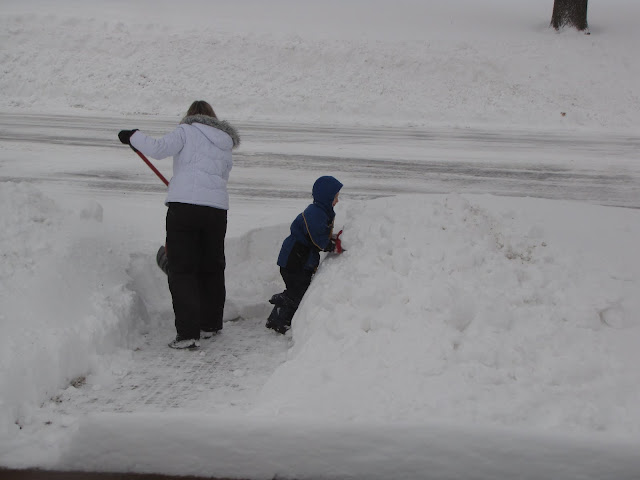 We had so much snow last year!

This year, on Feb 21st, we’re in Tennessee and the weather is sunny. It’s an unbelievable 62 degrees outside.